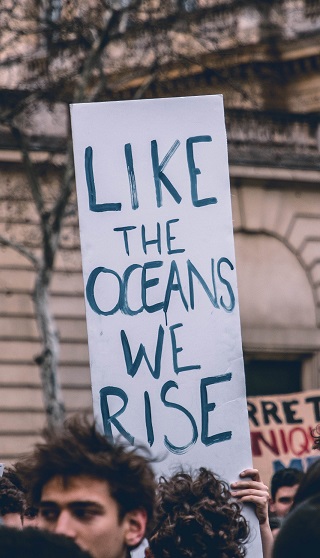 Ever thought what would happen if ALL the ice on Earth melts?

Well, National Geographic has and reckons sea levels would rise by a whopping 216ft.

That’s enough to out some countries and US states from Bangladesh to Florida under water.

The good news is that it’s not a scenario scientists think is likely and it would probably take many centuries, but it could become reality eventually if the world keeps burning fossil fuels like they do now.

According to the National Geographic, most predictions say Earth will continue to warm up and this is likely to accelerate, causing the oceans to keep on rising. This means that eventually hundreds of coastal cities face the grim prospect of flooding but by how much is still unknown and research is still going on to discover just how bad it will be.

The most recent special report from the Intergovernmental Panel on Climate Change reckons oceans will rise between 10 and 30 inches (26 to 77cm) by 2100 with temperatures warming up by 1.5 °C. That’s enough to have a serious impact on many of the cities along the US East Coast.

So why do sea levels rise now?

Average sea levels have swelled by more than 8 inches (23cm) since 1880 with 3 inches alone in the last 25 years. Every year the sea rises another 0.13 inches.

As we continue to pour greenhouse gases into the atmosphere the world's seas have absorbed more than 90% of the heat from these gases, but it’s taking quite a toll on our oceans.

There are 3 main reasons for the change in sea levels, all caused by global climate change.

* Thermal expansion: When water heats up it expands. About half of the sea level rise over the past 25 years is caused by oceans occupying more space.

* Melting glaciers: Large ice formations such as mountain glaciers naturally melt a bit each summer – but higher temperatures mean they are melting more and more.

To read more on this go to https://www.nationalgeographic.com/environment/global-warming/sea-level-rise/

Millions more people are facing a potentially severe flood risk. One way to protect your home or business 24/7 is to have FloodSax sandless sandbags which are space-saving to store and very quick and easy to deploy. FloodSax are transformed from being as light as a pillowcase to more effective than traditional sandbags in just three minutes and are ideal at soaking up spills as well as stopping any floodwater.

More than 2.5 million of these alternative sandbags have now been sold worldwide and are available at branches of builders’ merchants Travis Perkins. Alternatively, contact FloodSax on 01484 641009 or via www.floodsax.co.uk