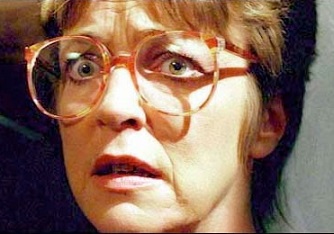 Deirdre Barlow ...the next UK storm will be called Deirdre

We’ve just had storm Callum hitting the UK … but the next one that slams into us will have a less, er, threatening name.

For it will be Storm Deirdre which is not a name most people would expect for a weather system bringing howling wind and lashing rain.

You’d be hard pushed to think of many famous Deirdres. The standout one is Deirdre Barlow from Coronation Street played for more than 40 years by the late Anne Kirkbride. After that it’s a struggle to think of another Deirdre of note.

But a bit of research shows that Deirdre may actually be a good name for a storm and all the misery it can bring.

According to website www.behindthename.com the name comes from the older Gaelic form Derdriu, possibly derived from Old Irish der meaning "daughter". This was the name of a tragic character in Irish legend who died of a broken heart after Conchobhar, the king of Ulster, forced her to be his bride and killed her lover Naoise.

So it’s perhaps not quite the irreverent name we thought.