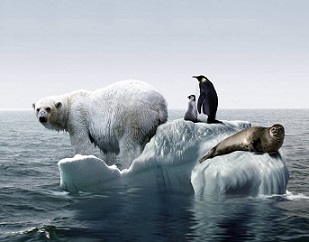 The Met Office has pulled no punches in its assessment about the controversial subject of global warming – but there is no doubt in the forecasters’ minds that our weather has changed drastically in the last few years with more changes to come.

The Met Office says on its website: "Since the last ice age, which ended about 11,000 years ago, Earth's climate has been relatively stable with an average global temperature of about 14 °C. However, global temperatures have risen significantly over the 20th and 21st centuries, driven primarily by the rise in atmospheric carbon dioxide (CO2). Since the Industrial Revolution, atmospheric CO2 has increased by over 40% to levels that are unprecedented in at least 800,000 years. This has caused warming throughout the climate system and multiple indicators show evidence that our climate is changing.

“The atmosphere and oceans have warmed, the amounts of snow and ice have diminished, sea level has risen, and the concentrations of greenhouse gases have increased.”

The Met Office adds: “Global average surface temperature has increased by about 1°C since the 1850s. Each of the last three decades has been successively warmer than any other preceding decade in the instrumental record and 16 of the 17 warmest years on record have occurred since the year 2001.”

The Met Office has also revealed when it will rain more and how much sea levels have risen.

It states: “Observations show that rainfall has increased in the mid-latitudes of the northern hemisphere since the beginning of the 20th century. There are also changes between seasons in different regions. For example, the UK's summer rainfall is decreasing on average while winter rainfall is increasing. There is also evidence that heavy rainfall events have become more intensive.

“Since 1900 the global mean sea level has risen by more than 20cm. The rate of sea level rise has increased in recent decades from around 1.7 mm per year over the last century to 3.3 mm per year since the early 1990s.

“Arctic sea-ice has been declining since the late 1970s, reducing by about 4%, or 0.6 million square kilometres (an area about the size of Madagascar) per decade. The summer minimum Arctic sea ice extent has decreased by 13.3% per decade since 1979.”

With flooding becoming ever more likely people are urged to think about their own flood protection as local councils have no responsibility to provide sandbags.

One highly effective alternative to traditional sandbags are FloodSax sandless sandbags and many homes and businesses now have them so they are prepared 24/7 from flooding.

FloodSax are very easy to store and deploy and are transformed from being as light as a pillowcase to more effective than traditional sandbags in just three minutes and are ideal at soaking up spills as well as stopping any floodwater.

Around 2.5 million have now been sold worldwide and are available at branches of builders merchants Travis Perkins. Alternatively contact FloodSax on 01484 641009 or via www.floodsax.co.uk