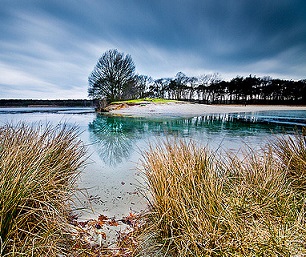 Yep, winter sure is cold. Photo by Jinna van Ringen

There is a lot of talk in the media about the brutal weather we may face in the coming weeks … but this is what the Met Office is saying.

Basically it’s winter so you’ll get plunging temperatures, rain, sleet and snow along with some sharp winds. And that’s what’s on its way.

It doesn’t look like anyone will suffer from prolonged spells of snow … but just about anywhere may be hit by wintry showers in the coming weeks.

For instance, cloud, rain and snow will spread from the west tonight with snow briefly falling at low levels while tomorrow at the other end of the country in the south west there is the risk of heavy snow showers.

After an early frost on Sunday, rain and hill snow will cross the UK later in the day while on Monday and Tuesday heavier rain, gales and some snow will probably move south eastwards from Scotland.

The rest of January will be cold – possibly becoming very cold – made worse by brisk winds which will stay for us through to the end of the month. There will be spells of rain, sleet and snow and when it becomes drier in between expect overnight frosts.

Unsurprisingly cold and very cold, remaining changeable with strong winds and spells of rain which will turn to snow at times. This will especially be higher ground but there is a greater risk to lower levels too with the cold air in place. Some drier and brighter periods are possible as well, perhaps becoming focused across the north west with time. Although it may have milder and wetter spells these will most likely in the south but will pose a more significant risk of snow.