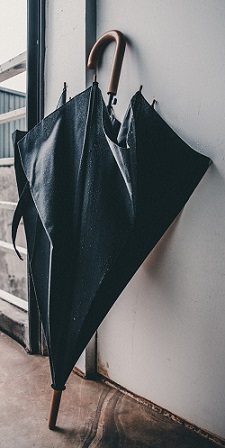 Don’t leave home without one of these this summer. Photo by Anh Nguyen.

This summer certainly isn’t going to be the scorching summer it was last year with rain forecast for the next MONTH.

The Met Office has admitted the outlook is looking gloomy as far as it has predicted which is up to July 3. Surprisingly, the north fares slightly better than southern areas.

The rest of this week will be unsettled with showers or longer spells of rain, heavy and possibly thundery in places.

From Sunday, June 9 to Tuesday, June 18 the Met Office is predicting showers for many with temperatures on the cool side and some areas will longer spells of rain. There are indications through the week for overall drier and more settled conditions to become established, most likely across the north west of the UK. Southern areas are still more likely to see outbreaks of rain or showers, and some stronger winds at times. Temperatures will generally be close to or a little below average at first, perhaps recovering to become warm at times, particularly in the north.

For the two weeks from Wednesday, June 19 to Wednesday, July 3 it states: “Confidence is low through this period, but it is likely that generally drier and mostly settled conditions will have become established across the north of the UK. Meanwhile, southern parts are likely to be more prone to showers, or perhaps some longer spells of rain with the possibility of occasional thunderstorms. Temperatures will likely be around average or a little above, with north western areas most favoured for warmer than average temperatures.”

If the rain leads to flooding be warned that councils have no responsibility to provide sandbags. It is up to householders and businesses to protect themselves and one way to do this is to have FloodSax alternative sandbags which are space-saving to store and easy to deploy. Once they come into contact with water they inflate to weigh 20kg (44lbs) which makes them more effective than traditional sandbags at keeping floodwater out.