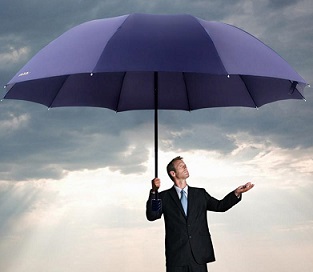 The weather is going to get way warmer in the coming years with wetter winters and more searing summers.

The Met Office has revealed how climate change will affect the weather for the rest of this century. The report, which uses science from the Met Office, is called the UK Climate Projections 2018 (UKCP18) and reveals that summer temperatures could be up to 5.4°C hotter by 2070 while winters could be up to 4.2°C warmer.

It illustrates a range of future climate scenarios until 2100 – showing that increasing summer temperatures, more extreme weather and rising sea levels are all on the horizon and urgent international action is needed.

For instance, the report suggests that average summer rainfall could decrease by up to 47% by 2070 while there could be up to 35% more precipitation in winter.

Met Office chief scientist Stephen Belcher said: “The new science in UKCP18 enables us to move from looking at the trends associated with climate change to describing how seasonal weather patterns will change. For example, heatwaves like the one we experienced in the summer of 2018 could be normal for the UK by mid-century.”

Sea levels are projected to rise over the 21st century - up to 1.15 metres  in London - and we can expect to see an increase in both the frequency and magnitude of extreme water levels around the UK coastline. Even in the low emission scenario the projections show the UK’s average yearly temperature could be up to 2.3°C higher by the end of the century.

According to the Met Office the UK already leads the world in tackling climate change – with emissions reduced by more than 40% since 1990. However, these projections show a future we could face without further action.

UKCP18 can now be used to guide decision-making and boost resilience – whether that’s through increasing flood defences, designing new infrastructure or adjusting ways of farming for drier summers.

Environment Secretary Michael Gove said: "This cutting-edge science opens our eyes to the extent of the challenge we face and shows us a future we want to avoid. By having this detailed picture of our changing climate we can ensure we have the right infrastructure to cope with weather extremes, homes and businesses can adapt and we can make decisions for the future accordingly.”

UKCP18 also provides international projections, allowing other nations to use this data to gauge future risks for food supply chains or check rainfall projections for the likelihood of localised flooding.