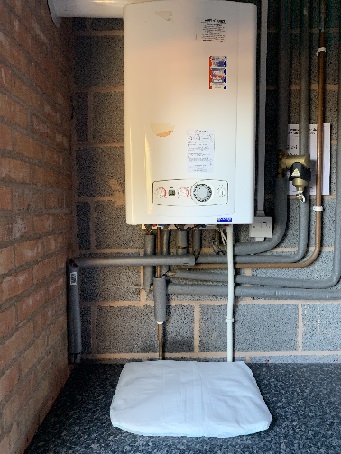 A ‘sandless sandbag’ that stops floodwater getting into homes and businesses is now being used to deal with flooding emergencies inside.

FloodSax expand on contact with water which transforms them from being as light as pillowcases to being as heavy as traditional sandbags.

But a Midlands man used one when his boiler started to leak.

He told us: “I spotted the leak and didn’t want it spreading across my garage floor so popped a FloodSax beneath it which did the job perfectly by soaking the water up until an engineer could come to fix the boiler.”

FloodSax are now used by facilities management companies worldwide to deal with large scale spills inside buildings and several were deployed to stop a major flood inside a hospital in the USA which saved thousands of dollars in damage.

In Belgium, a row of FloodSax were placed around a faulty air conditioning system on the roof of a radio station’s building which prevented water getting in and seeping through ceilings which would have caused a colossal amount of damage.

These examples show that facilities management companies are preparing for floods 24/7 by having a stock of FloodSax alternative sandbags which are space-saving to store and quick and easy to deploy.