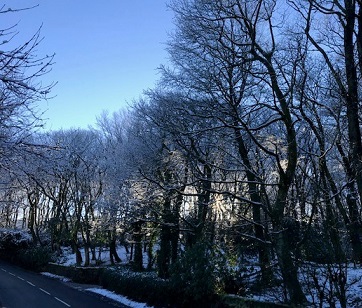 The weather may have suddenly become milder … but don’t be fooled as winter hasn’t really set in yet.

It is due to do so next month which could see some seriously cold temperatures as the wind swings round to the east … so, yes, expect the media to start talking about the Beast from the East again.

The Met Office has just released its forecast for the middle of February from Feb 8-22 and temperatures will plunge even further following a late January and early February marked by cold and blustery winter showers interspersed with sunny spells, widespread frosts and snow remaining a risk mainly in the north.

As we head further through February there is an increased chance of seeing very cold conditions developing with a greater probability of northeasterly or easterly winds.

This will bring an increased risk of widespread, perhaps severe frosts as well as snow, especially in eastern areas.

In this scenario the driest conditions will be across the west and northwest, while the south could see wetter and occasionally milder spells, bringing the risk of some significant snow, but only if very cold air becomes established across much of the UK.