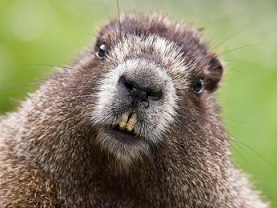 Beavers are all set to be new anti-flood heroes.

For the hardy animals may be put to work to stop a village from flooding in the Forest of Dean in Gloucestershire in the first such scheme on government land.

According to The Guardian, the Forestry Commission has been an enthusiastic advocate for the release of a family of beavers into a large fenced area surrounding a brook above the village of Lydbrook on land owned by the commission.

Experts predict that the beavers will rapidly create dams, canals and ponds,  slowing the stream’s flow and potentially holding back thousands of cubic metres of water to prevent huge floods inundating Lydbrook, a village that suffered badly from flooding in 2012.

Beaver expert Derek Gow said: “This is a tremendous opportunity. The science suggests these animals will hold back 6,000 cubic metres of water.

“This has the potential to prevent a once-in-30-years flood event. These animals will also open the forest canopy to light and create a biodiversity jewel in this forest.”

In Cornwall, a farmer linked up with the Cornwall Wildlife Trust earlier this year to release beavers on to fenced land above the village which has been hit by severe flooding in recent years.

Within two weeks of two beavers being released there, newly created waterways were holding back 1,000 cubic metres of water.

Beavers prefer to live in deep water so if they are released into a small upland stream they quickly build a series of dams and canals they can use. These dams store water and the land close to the stream in effect becomes a giant sponge.

At a 2.8-hectare test site in Devon, two beavers have created 13 ponds that hold 650 cubic metres of water. Floodwater has been drastically slowed. The dams also remove pollutants and create a rich habitat for rare invertebrates and plants. If the dams are washed away by floods, these busy engineers rapidly rebuild them. Ecologists say the trial in Devon can be replicated at other sites.

This “natural” flood defence works only in small streams in upland areas. In deeper rivers beavers do not need to rapidly create dams. In lowland areas, beaver activity can actually cause flooding.

And if the beavers do let you down you can always rely on FloodSax sandless sandbags (www.floodsax.co.uk) to save the day.

For more on this story go to https://www.theguardian.com/environment/2017/sep/16/beavers-uk-flood-defences-forest-of-dean