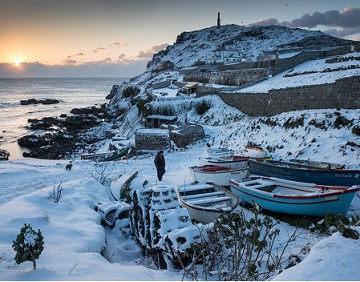 January will start off quite quiet on the weather front before things turn really rather nasty by the middle of the month.

The Met Office has just released its weather forecast for January 12 to January 26 … and it makes grim reading.

Bizarrely it will follow a ‘phoney’ start to the month from January 2 to January 11 when there will be a lot of dry weather around, especially in the south.

The forecasters state: “Any bouts of wet and windy weather are most likely in the north, with possibly some hill snow. These unsettled conditions could also spread further south at times. It will be rather cold with fairly extensive frost at first, especially in the north and east.”

But then winter really starts to hit from Saturday, January 12.

The forecasters say: “The second week of January will probably be unsettled in most areas, giving heavy rain and gales at times, especially in the north, where severe gales are possible.

“Hill snow is likely, as well as snow to lower levels at times in the north. By mid-month there is a greater chance of colder weather, with an increasing likelihood of frost, fog and snow and these conditions will probably continue for the rest of the period.”

So now you know and possibly the first week in January will be a good time to stock up on FloodSax sandless sandbags.